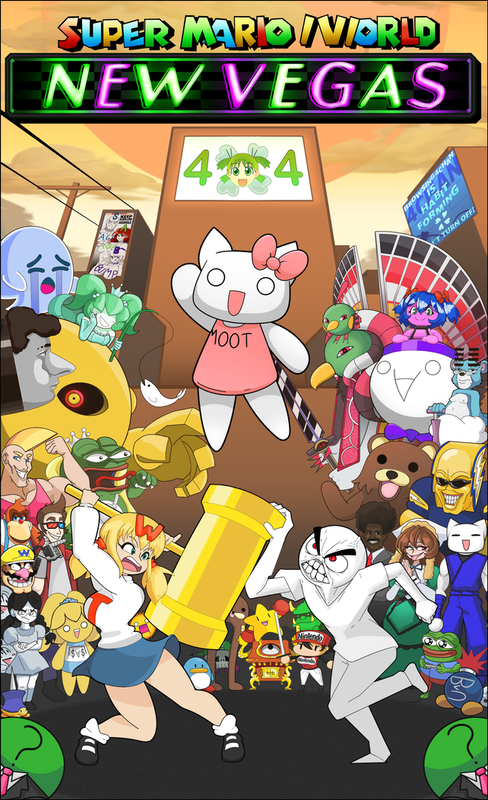 The hackers on steroids known as 4chan return! Super Mario /v/orld: New Vegas is the third installment of 'Super Mario World' collab hacks from the /v/ board. From May 1st 2021 to June 24th 2021, 94 levels were submitted. As with previously, SM/V/3's goal was to make fun and well designed levels themed around the absurd, disgusting and somewhat beautiful nature of the anonymous imageboard. players Discretion is advised. This is 4chan You should know what you're getting yourself into.

A balance of Vanilla levels along side Heavy ASM-oriented levels make up the majority of the hacks content. Custom sprites, custom ASM and custom bosses were created specifically for the romhack. Difficulty ranges from Medium/Hard early game to Very Hard/Kaizo lite late game.

Infinite lives are enabled from the beginning of the game. (If you prefer the /v/orld 2 life system, the ingame shop can revert it back).

A 1.1 update is planned to release down the line to implement a character swapping system along side a boss rush to showcase all the custom bosses created for the hack.
If you have extra questions, please email Vhack2020@gmail.com about them. 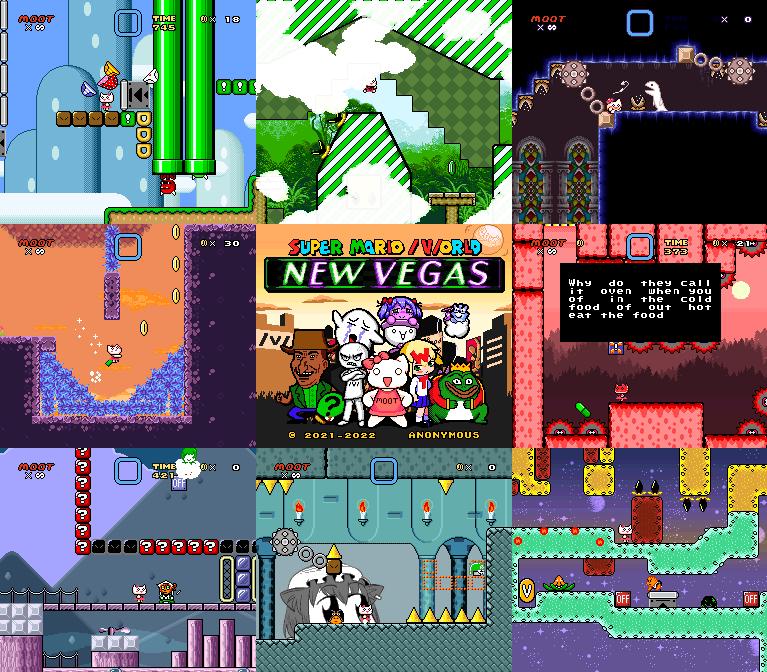 VERSION 1.04: SO MANY LEVEL NERFS YOU HAVE NO FUCKING IDEA